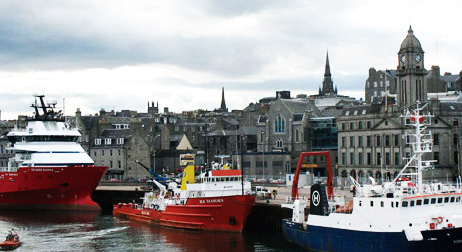 Aberdeen is a coastal city in Scotland of the United Kingdom that is famous for marine products and granite-shipping harbor. It is active in commerce and its industries include shipbuilding, ship repair, machinery, printing, textile, paper manufacturing and food processing.

GO TO THE HOME PAGE